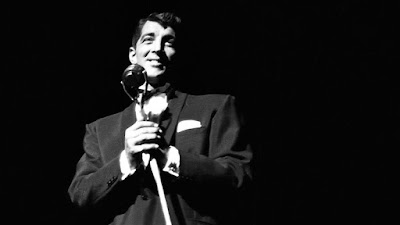 Dean Martin was one of my favorite performers. A glorious mix of everything Martin was as hip and cool as they come. He was so cool that Frank Sinatra, the chairman of the board bowed down before him. Martin was such a force of nature it’s surprising that there hasn’t been a documentary about his life before now. DEAN MARTIN KING OF COOL is a TCM documentary that is world premiering at DOC NYC. It’s a loving tribute to a man who made life look easy.

Told by friends, family and admirers KING OF COOL is a wonderful celebration of the man and his talent. It’s a look at how a poor guy busted his ass singing songs became a superstar in films, TV and live performances.  It’ a story filled with a lot of laughs and a lot of love. We watch as Martin goes from just being a singer, to being something more when he collides with Jerry Lewis and then becoming something even greater after the break up forces him to shift gears and go into a new direction.

As much as I was delighted by this film, I was kind of disappointed by it. The problem is that the film kind of keeps Martin at arms length. While we are told early on that no one really knew Martin at all, there really is no effort to even try to dig deeper. This is largely a film that only deals with what he did. We really only get fleeting glimpses at what he was feeling at any point.  Everyone says only positive things across the board, even archival clips from Jerry Lewis interviews are positive and while it puts a smile on your face it still leaves you wondering if there wasn’t something we were missing.

But that is a minor quibble. This is a glorious celebration of a man whose influence is still being felt 25 years after he passed.  He is a guy so cool that everyone from all walks of life still admire him and still hold him out as being the King of Cool.

This is a great film and is highly recommended.