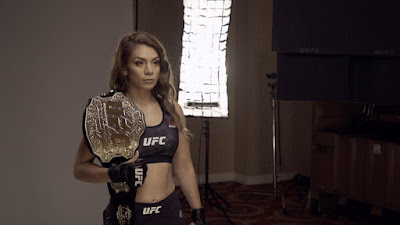 WARRIOR SPIRIT
This is a look at Nicco Montaño a UFC champion who ran into trouble when she was unable to make weight in order to defend her title.

This is a good look at a fighter trying to survive with in the combat arts world. It’s a great portrait of what it’s like for women in combat sports.  It is also a damning look at the process of weight cutting, the process by which fighters drop a lot of weight in a short amount of time in order to make weight. It’s a dangerous process that many sports have been critized   for using and for which the UFC has been crucified for. It’s a dangerous practice that that puts the fighters in danger despite UFC claims it’s safe.

A must for those interested in the fight game. 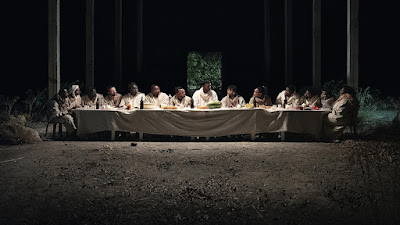 THE NEW GOSPEL
Director makes a film about the passion of Jesus and makes a documentary about the making of the film and the migrant crisis at the same time.

Shot in and around the city of Matera where both Passolini and Mel Gibson made their films about the Passion, THE NEW GOSPEL is a genre defying film. One part passion play, one part documentary and one part political essay the film forces us to confront not only the story of Christ but what that means in todays world. It’s a film that asks us to consider what his teachings mean. It’s a heady mix of ideas dancing around in a film that seems to be about the making of a film.