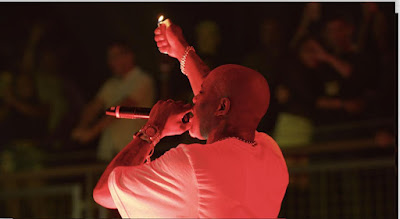 This is a portrait of Earl “DMX” Simmons in the final year or so of his life. The film picks up as he is released from prison and tries to  reconnect with his family and fans.

That said the end of the film absolutely hit me like a ton of bricks with several bittersweet sequences that have haunted me in the several weeks since I saw it. One is DMX talking to a friends about how they made it and survived when so many around him had died. I had thought it was the perfect ending until the film chopped my legs out with a final scene at a Halloween party.