I watched a lot of DOC NYC films in a short amount of time.

I think it's a sign of a disease of some sort - but I digress.

Because some times when you watch a film you don't end up with a lot of words the best you can do is simply turn out a line or two. What follows are the lines I came up with for 11 DOC NYC films,

Apologies to the filmmakers, all these films deserve more, but after almost 100 films this is the best I could do right now. 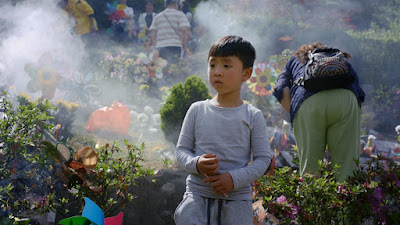 CUSP is about the lives of three young women coming of age in Texas. Its not very good and I never really connected to it since I never felt I was the intended audience.

THE BROTHERHOOD about brother finding their own way when their father was sent away for terrorism is good, but....we've been here before.

WHITE BOX is a film I have no opinion on. I watched it but it made no impression on me.

GRAIN is a really good film on the love of film and the image it produces. I have nothing to say beyond that except it’s worth your time.
100 UP is a lovely portrait of a group of people who are a hundred or more who are still chugging along and living life to the fullest. We should all be so lucky to live as long and as fully as the people in this film.  Recommended
ROSSELINIS is a look at the legendary family of filmmakers as told by one of its members. This is an unexpected look at a famous family that is unlike your typical biography and we are better for it. Recommended.
AFTER THE RAIN is the story of two families in China that lost daughters named Rain in an earthquake in 2008. They then had new children to replace them. This is an interesting story that’s worth trying.
THE SILENCE OF THE MOLE is about  Elias Barahona who infiltrated the government in Guetamala and made a record of various crimes against humanity they were committing. Its an imortant  film that is kind of dull
GO HEAL YOURSELF follows director Yasmin Rams as she tries to cure herself of epilepsy. This is a good but kind of by the numbers documentary

EDNA is a documentry hybrid telling the story of Edna's life living on the edge of the Amazon jungle and civiliation. This is a beautiful and lyric film.

SING FREETON is a look at the efforts to mke a stage show about Sierra Leone that will inspire anyone who sees it. It's a great look at the history of the country and the creation of a stage show.

THE ENERGY WAR "FILIBUSTER"  is a look at efforts in Congress to control America's use of gas and oil 45 yars ago. DA Pennebaker's film is a look back to a time when the battles were actually over issues and not just cententous us vs them rangling. However the film makes clear that some issues never go away.
BLACK AND MISSING is an HBO series about efforts to find missing black women and to teach others not to be victims. Its a very good series highlighting an important problem-no one cares that these people are disappearing. 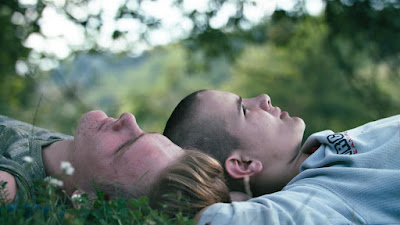 Email ThisBlogThis!Share to TwitterShare to FacebookShare to Pinterest
Labels: DOCNYC 2021