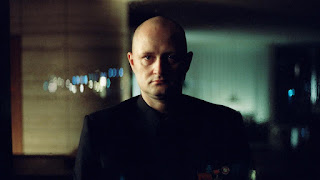 Mads Brugger presents the story of an ex chef who decides in the wake of seeing Brugger’s film on North Korea that he wants to infiltrate North Korea and get the evidence of their evil deeds.  The Mole ingratiates himself in to the various circles and manages to become a friend of North Korea and point man for their efforts to bild drug and weapons factories in Africa, all the while filming everything he sees  and  does.

This is a trippy that is a must see for fans of Brugger. Its a film that starts off making you think is going one way before it goes off into all worts of unexpected ways. Its a film whre you watch the events unfolding and you are stunned into silence because you can't believe that this stuff is actually happening. That Brugger and the Mole were able to do this for ten years is absolutely amazing.

If yo ever wanted to know what it was like to be a deep cover agent ifiltrating a foeign por this film is for you.