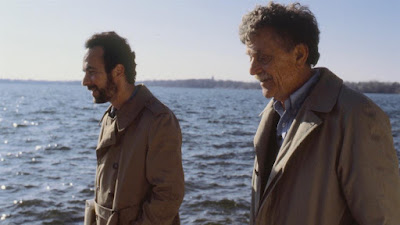 A look at Vonnegut through the eyes of his friends, families and the man who struggled for four decades to make a film about him.

One of my favorite films of DOC NYC, and maybe 2021, is this look at the mad man behind Slaughterhouse Five and other tales. It's a film made with love that show cases the man and his words to perfection.

Normally you would wonder why it would take four decades to make a film about one man, but some how with Vonnegut it seems to be right. The long gestation and filming period allowed director Robert Weide  to amass a treasure trove of material that really shines a light on who the man at the center was. Because they became friends as well as co-conspirators the walls are really down and we really get to see and hear things we might not have. Indeed I think the fact that Weide was a friend allowed everyone who he interviews to open up more.

The film also becomes a kind of Vonnegut meta-story that is about the man, the people making the film and the audience as well. I say this because everyone is constantly talking about the making of the film and the passage of time. The result is a living breathing film that is unstuck not just in time but in reality.

I freaking love this film. I loved it so much I watched it a second time, not so much to watch it but to just sit and listen to the words.

This is a great film. It's a film that will make you love Vonnegut's work more if you're a fan and may open the door to those of you who are not.