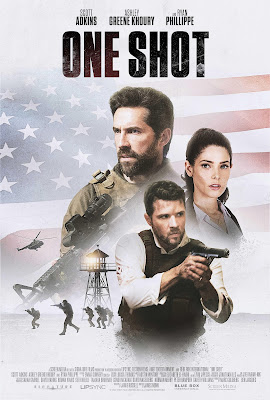 After there is a warning of an upcoming attack on the US, a CIA specialist and a team of soldiers travel to a secret island black site where the worst of the worst are kept. The idea is that they will get one of the prisoners to give them intelligence to prevent the attack. However it quickly all goes horribly wrong as the island is invaded by a hit team with their own agenda. What follows is a fight for survival by everyone on the island.

A great plot and cast is wasted in a film that is either badly directed or badly edited. In all seriousness what should have been a kick ass film is done in by unimaginative shot choices and an editing pace that never provides any snap. There is a lethargy to it all. Watching the film all I could think was why wasn’t I more excited?

I’m  really disappointed in this film. I loved that the cast was invested in what was happening and  that we cared about them. I loved that the plot does things that we don’t expect. There is a hard edge to all the proceedings that is refreshing. However as I said there is a lack of caring in how the film was out together.  This should have been great.

Reservations aside, if you are not a picky action fan, there is enough here to pass the time on a slow rainy night if you stumble upon it on a cable channel.