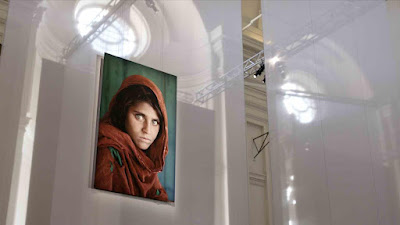 Portrait of photographer Steve McCurry who is best known for the picture of an Afghan girl that graced the cover of National Geographic several decades ago. Over the course of the film we follow McCurry as he takes pictures and explains his love of people and the planet.

This is easily one of the most beautiful films of 2021. Its due largely to McCurry's photographs and a cinematographer who duplicates the eye of the subject. The images are what makes this film a must see on a big screen.

The problem is that the rest of the film doesn't match the images. McCurry is a curious man with his own way of seeing things. While he loves the world he seems disconnected and so we feel that way too. It also doesn't help that many sequences feel staged for the camera.  Its clear what we are seeing is set up for the film and as a result the whole affair feels less real

While none of this is bad, it's never great, or perhaps its better to say that nothing other than the images truly soar.