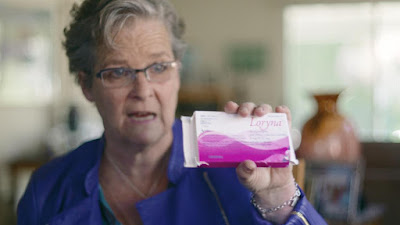 BUSINESS OF BIRTH CONTOL
This is a look at the history of the pill. Its alook at how modern medicine and science changed how women saw themselves and their bodies.

This is an excellent exploration of how the pill changed everything that came after it. It is also one hell of a story about some of the darker aspects of the tale, such a how the problems with the formulations caused all sorts of problems and how the marketing of the pills altered how they were used.

This is a meaty exploration of a very complex subject that I am going to freely say I need to see again. Films like this are tough for me to really write up in a film festival situation simply because it needs way more bandwidth then I can give it to fully take in everything it is telling me (I as watching this in the middle of seeing around 50 films). That said this is a vital film that needs to be seen and which I will be revisiting down the road. 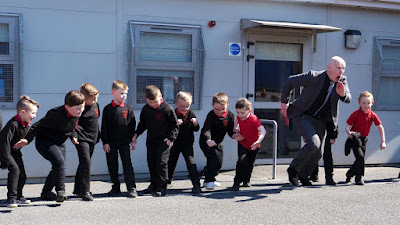 YOUNG PLATO
Portrait of Mr. McArevey, headmaster at a Catholic primary school in Northern Ireland and the community it is serving. McArevey is very involved with the kids and isn't above teaching philosophy to young kids as a means of helping them deal with the world.

This is an observational documentary very much like th work of Frederick Wiseman unfortunately unlike Wiseman the filmmakers struggle with fully engaging the audience. Part of the problem is that outside of McArevey, we really don't connect to anyone. Everyone is a face, a figure kept at arms length. While I could appreciate the achievement of what I as seeing, I never as emotionally connected.