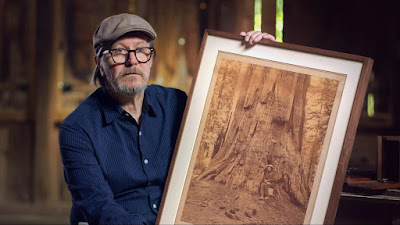 This is a great portrait of Edward Muybridge whose motion studies in the late 19th century and early 20th century were the precursor to the movies. While the motion pictures are what he is best known for there is way more to him than you can imagine and this film seeks to reveal the full extent of the man and his work.

This is a wonderful film that reveals a great deal abut a man who is at least familiar to us on some level. The film also explains a great deal about the history of photography and how Muybridge influenced more than just movies with his work.  I was utterly delighted since I went into the film figuring that this was going to be a standard issue biography and discovered it to be something more.

That the film works as well as it does is entirely to the talking heads that director Marc Shaffer has lined up. There is such passion in their words and it carries over to the audience. In all seriousness we get excited because they are excited. Unexpectedly one of the experts is Oscar winner Gary Oldman who talks with an authority on Muybridge and early photography that is completely entrancing.