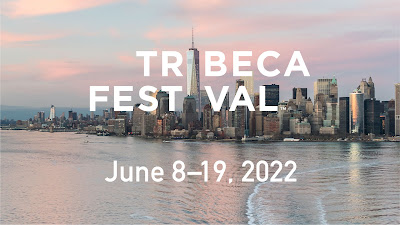 The one and only Tribeca Film Festival starts this week and it means that the city will go crazy as it tries to decide which venue Robert DeNiro is going to appear at.

Started in the wake of 911 the festival has grown into one of the biggest film fests in the world highlighting close to 200 films, TV shows and video games. Its a premier place to launch a film and  a lot of filmmakers I know stress about getting in every year.

Its such a big launching spot that I always try to cover as many films as possible since in the year that follows many of the films will be getting big push releases.

While it is the norm for us to cover almost every feature and a good number of the shorts, this year the number may be down. While there have been a few complications in pulling it all together there is no reason to worry Ariela is still on the case, as if Liz Whittemore from Reel News Daily with whom we are sharing coverage.

While the vast majority of films are world premieres, there are always a few that we've previously covered  this year the list goes as follow:

TO THE END
NOTHING COMPARES.
CHA CHA REAL SMOOTH
A LOVE SONG
FUCK EM RIGHT BACK
SHUT UP AND PAINT

As for the best of what we've seen (well over fifty titles) so far that list looks as follows:

STRANGER AT THE GATE - one of the best films of the year and probably an Oscar contender, this is the story of an ex soldier who decided to bomb the local Islamic center. However things happened.

LETTER MEN - you'll want a feature made of this short made up of the letters between two men in love during World War 2.

SANSON AND ME is a look at what it means to be undocumented and in prison in America. Its deeply moving.

TURN EVERY PAGE the relationship between Robert Caro and his editor Robert Gottlieb is delightful on every level. One of my favorite films of 2022

VISITOR - a man out of prison tries to reconnect with his daughter who is living with his in-laws. They are ministers who control everything. I was moved.

MUSIC PICTURES - A wonderful look at music in New Orleans. Play it LOUD

LIFT- wonderful biography that shows that the arts really do make a difference in the lives of kids making them wonderful adults.

THE INTEGRITY OF JOSEPH CHAMBERS if you loved the director's KILLING OF TWO LOVERS you will love this.

LAND OF GOLD this is a look at what it means to be an immigrant and the wrong color in America. It raises a lot of questions we need to answer

MY LOVE AFFAIR WITH MARRIAGE - Stunning animated look at one woman's quest for her place in the world through her romances and so much more. One of the truly great films of 2022 with one hell of a music score. (This could play Broadway)

LIQUOR STORE DREAMS a look at the director's family business that soars beyond it with a look at community, race and life in general.

MATTER OF TRUST- five looks at the notion of trust. It will kick you in the gut and make you think.

NICHOLAS BROTHERS: STORMY WEATHER is a celebration is of the greatest dancers I've ever seen. A mind blowing film explores the brothers influence in today's dance world via the dancing of Les Brothers. Simply amazing

AN ACT OF WORSHIP- is a deeply look at how Muslims are viewed in their own words. It will crush you. with its look at injustice

Mali Elfman's NEXT EXIT  is billed as a horror comedy drama scifi romance, throw everything but the drama and romance out and you have a moving road film slash romance about two lost souls. It's definitely one you'll want to see when it plays the festival.

For information on events and tickets go here.

Email ThisBlogThis!Share to TwitterShare to FacebookShare to Pinterest
Labels: tribeca 2022