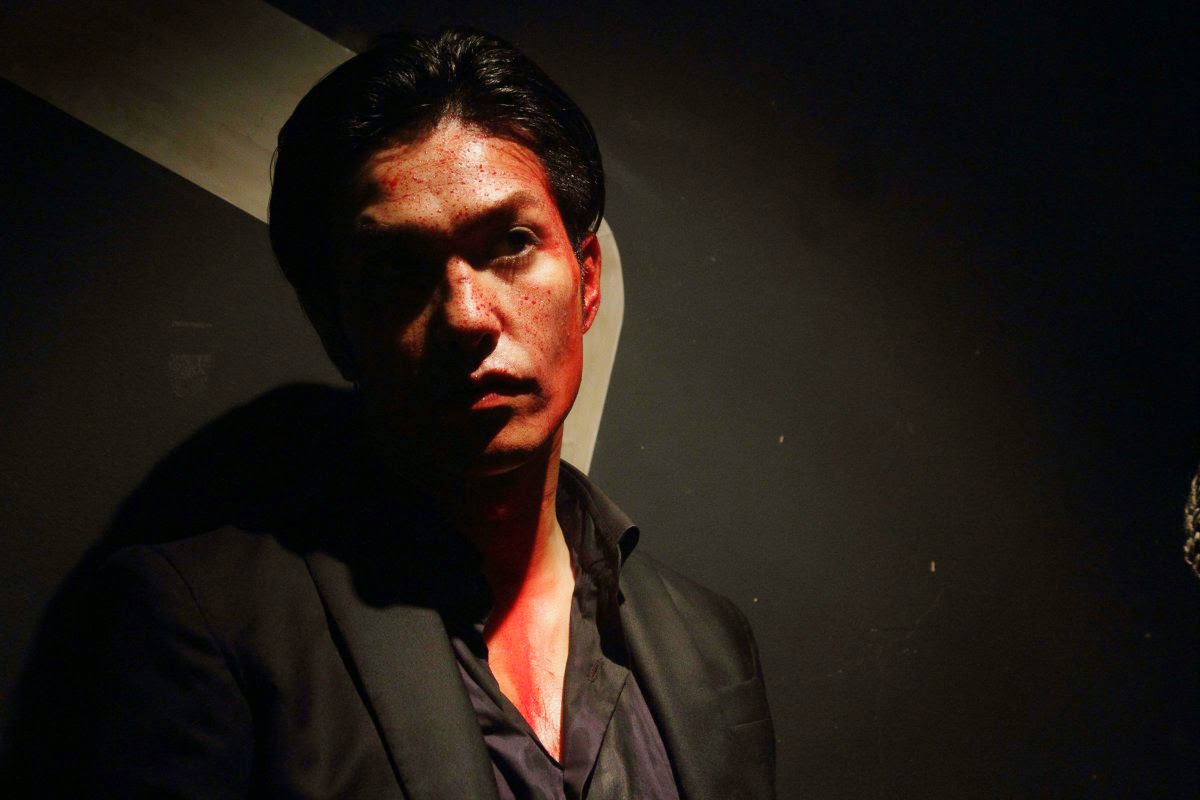 A point of contention over many modern fiction films dealing with serial killers and other human predators is that slick and thrilling productions tend to glamorize the subject, in effect whitewashing the horrifying nature of the atrocities being depicted beyond moments of uneasy anticipation. Despite its striking cinematography and luxurious soundtrack, the same cannot be said of the Indonesian Japanese coproduction KILLERS, helmed by Indonesian directing team the Mo Brothers. It is a thoroughly dank and dismal tour of the lowest depths of the human spirit. It maintains a course both riveting and exhausting in nearly equal allotments, and rarely hits a note that can be considered entertaining.

Two narratives unfold, each with the potential to be the subject of their own dark movie. The effect is almost like watching a very extended De Palma-esque split screen sequence.  In Japan a man named Nomura (Japan Cuts guest of honor Kazuki Kitamura) hunts women, luring them with an uncanny charm, manipulating their emotions until the moment he decides to extinguish their lives. He documents these murders as video clips and posts them anonymously to a website. A wrinkle in his ways comes in the form of a young and struggling flower shop owner. Something about her and her troubled younger brother stirs another urge within him beside that of decimating another life. Though this too will bring to light an unsettling truth about him and his worldview.

In Indonesia, Bayu (Oka Antara, Raid 2) is a reporter, relentlessly pursuing the story of a corrupt politician suspected of molesting and murdering children. His guilt appears to be all but public knowledge, the truth being a less powerful force than wealth and status. Bayu‘s awareness of these crimes, his inability to do anything about it, and a breakdown in his family life bring about signs of a crack in his psyche. It is furthered by an incident in which he fatally shoots two men in an act of self defense and posts it to the same website as Nomura, inspired by or perhaps as a way of subconsciously reaching out to Nomura. This establishes a connection between them. As Bayu delves into acts of vigilante-ism, his stability lessens, with Nomura an unshakeable presence in his life.

It’s a dark twist on the expected formula, which typically finds protagonist drawn to antagonist in a quest to vanquish evil. Here, first and foremost, there is no hero, only one who is perhaps less villainous. His inability to transcend his quagmire almost makes him more of a reproachful figure. Kitamura’s exuberant monster is the far more active of the two, exerting a poisonous effect on Bayu til at last a breaking point is reached.

I am somewhat at a loss for finding a greater meaning to this bleakness other than a goal of confronting audiences with the existence of true ugliness in society, which edgy entertainment often trivializes. In this, the Mo Brothers do not fail. It is an unparalleled sense of dread watching goodness swallowed up by murderous urges.

Kitamura’s undiluted portrayal of a demon in mortal form will make for a very interesting introduction when he speaks before the movie at the Japan Cuts festival of contemporary Japanese cinema. They present a rare late night screening of the film at 11 pm this Saturday, July 19. Click here for more information or to buy tickets.