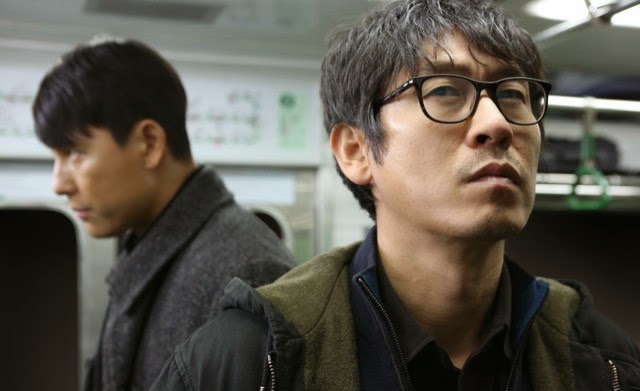 This is the Johnny To produced 2007 film Eye in the Sky remade as a more amped up Korean film.

The film follows a young woman as she gets involved in a police bureau specializing in tracking bad guys. She joins just as the group gets involved in hunting down surveillance expert and his crew who are trying to get a couple of big scores so they can retire.

Definitely better than the Hong Kong original, it moves along at  breakneck speed and sucks you in and carries you along. While I really liked the film a great deal (I will be rewatching this and not the original) I do feel its a tad too slick, like the eyes of the title a tad too cold.

Reservations aside this is a must see.

This is playing twice at the festival July 7 and 10. For tickets and more details go here
Posted by Steve Kopian at July 06, 2014