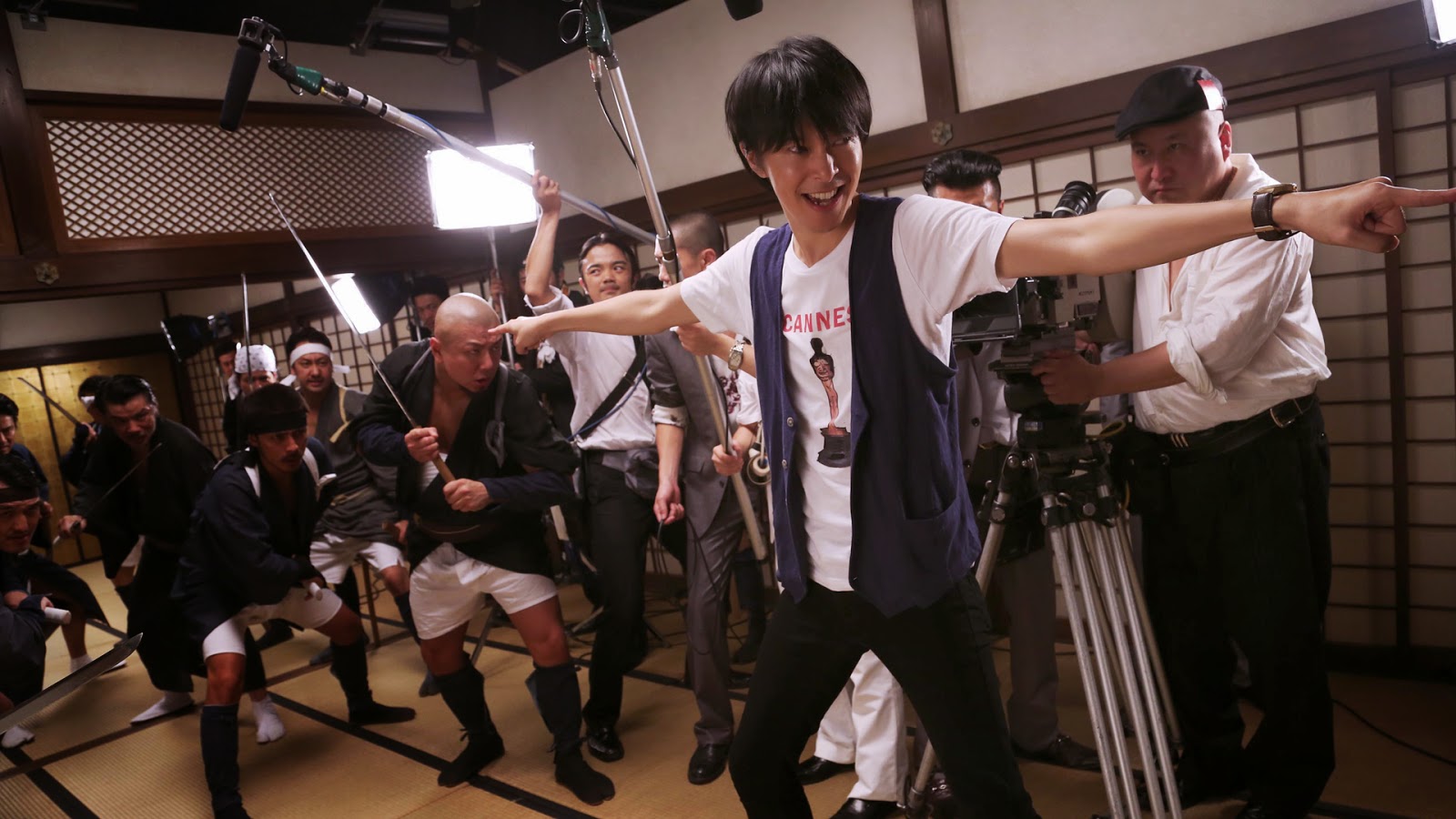 The New York Asian Film Festival and Japan Cuts have been co-owning New York City’s fantastic summer film scene for a few years now, with the former kicking things off and bleeding into the latter’s outro. Somewhere in the middle, the two stand side by side to co-present an extended weekend of Japanese selections – this year it’s Thursday July 9 through Sunday July 12 – and every year it contains many of the festivals’ highlights.

While I won’t be around to experience the mayhem directly, I’ve gotten access to a bit of a preview, which I humbly share with you as the theater in the Japan Society is getting set for your arrival. 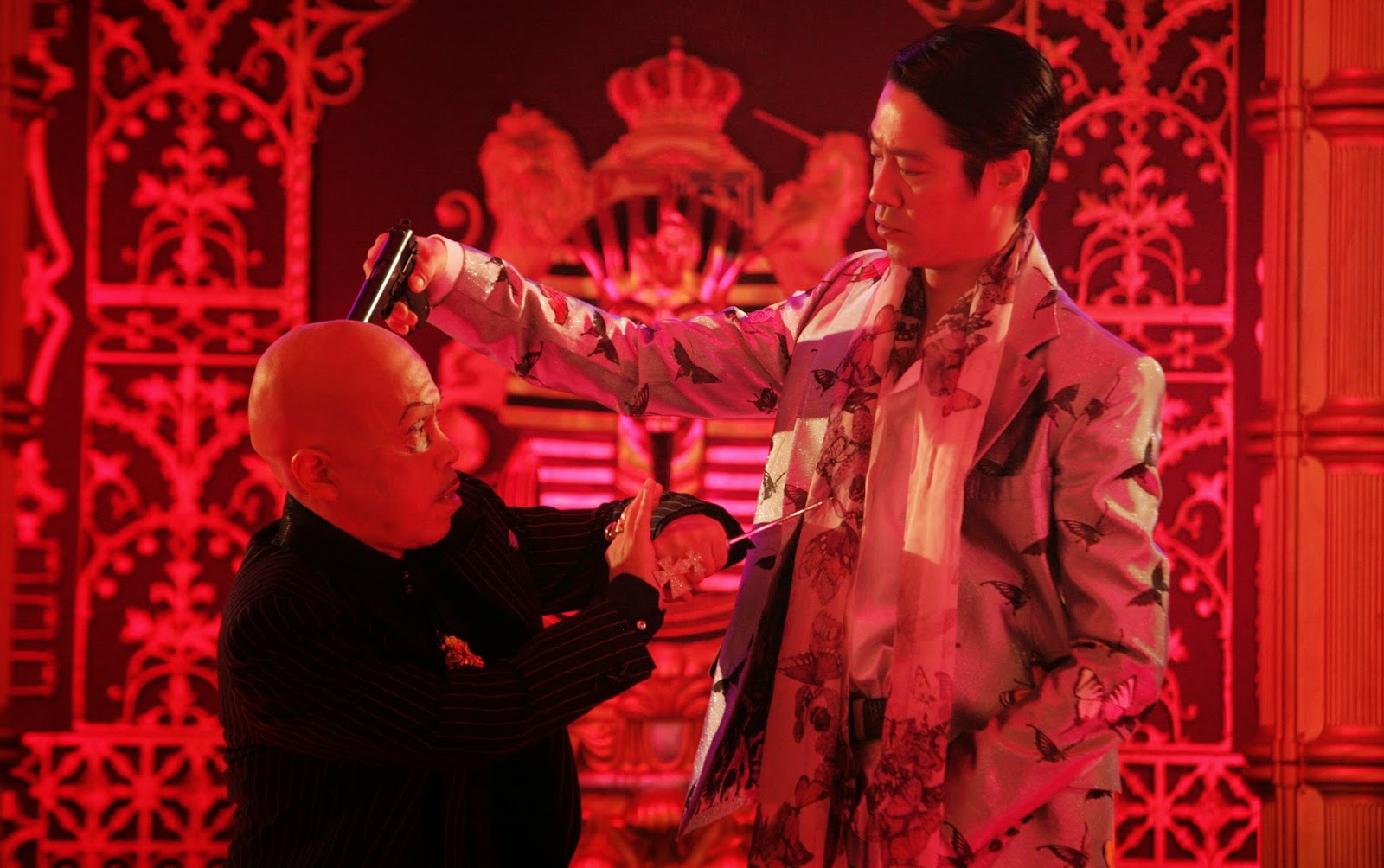 The opening salvo promises to be nothing short of a showdown between renowned Japanese bad boy directors Takashi Miike and Sono Sion. The former’s REIJI, SONG OF THE MOLE (MOGURA NO UTA) is a not at all subtle kicking and screaming sendup of cop vs. yakuza crime dramas, adapted from a serialized manga. It introduces Reiji, an incompetent beat cop who blunders his way to the top, which ends being at the bottom of a deep undercover mole’s path toward the inner circle of a dangerous organized crime group. The film makes outlandish light out of the genre’s tropes, such as endless batteries of police tests and stomach churning Yakuza initiation rights. There are humorous musical numbers sprinkled in and a plot involving drug smuggling and a feud between gangs that escalates to such farfetched proportions it’s like Miike taking the piss out of Miike (those familiar with his DOA films may notice a few similar ideas). Yet while the volume is dialed up to 100, it never really digs below the surface of a silly comedy, making for a fairly by the numbers affair when you consider the mind-bending proportions that many of Miike’s films have achieved.

The real attraction of the evening is Sono’s WHY DON’T YOU PLAY IN HELL. The director’s most self-referential film to date, it channels the notorious provocateur’s passion for no holds barred cinematic transgressions through a group of movie-obsessed guerilla filmmakers called the Fuck Bombers. After stumbling upon a real youth gang fight and racing to capture it on camera, they meet their very own ‘Bruce Lee’ who joins them in their pursuits. We jump through time to find the club becoming very comfortable in their auteur yet insignificant conquests, and also very visibly aged. An opportunity lands in their lap that gives them a once a chance to direct a dangerously lifelike film for a Yazkua group with a limitless budget…and in 35 mm! Rationality is trumped by their charismatic leader’s grandiose vision and an insane gambit is launched.

Viewed from another vantage point, we have the story of Mitsuko, daughter of the same powerful Yakuza clan who has been given a taste of stardom as a child by singing the jingle in a beloved toothpaste commercial. Used to getting her way as long as she doesn’t cross the boss, AKA her dad, Mitsuko is the embodiment of a tough as nails femme fatale who can turn instantly into a crooning charmer. It’s a balancing act played electrifyingly by Fumi Nikaido (who will introduce the screening in person!) The young adult Mitsuko wants a leading role once again. Her father is happy to oblige since putting her in a movie would please her mother after her loyal service to the clan.  When Mitsuko rebels against the production company her father hired, paths end up crossing with the Fuck Bombers leading to bombastic conclusions, in which geysers of blood explode with feel good fervor. An impossibility outside of the realm of film, which Sono never forgets no matter how wild the proceedings get.

Throughout PLAY IN HELL there are numerous callbacks to Sono’s filmography. Mitsuko is the sort of troubled yet strong-willed female lead familiar to many of his standout films; HIMIZU (which also features Nikaido), LOVE EXPOSURE, and NORIKO’S DINNER TABLE come immediately to mind. A diverse score touches on the gravity of classical music used in HIMIZU, brings back Yura Yura Teikoku’s slinky psychedelic grooves once featured in LOVE EXPOSURE, and the explosive drum rhythms signifying impending madness as heard in COLD FISH.  Sono also pays tribute to the notoriously Japanese power of the pop jingle. In SUICIDE CIRCLE, themes and storylines were advanced through catchy girl pop group anthems and here everyone in the cast is seduced by the child  Mitsuko's snappy commercial. You will be too and with any luck, Miss Nikaido will feel compelled to treat the audience to a live rendition.

With WHY DON’T YOU PLAY IN HELL, Sono delivers a missive on the liberating power of being able to make unwieldy and confrontational assaults on the common sense of decency through film.  Who better to speak on this than the director who once shocked international audiences with a scene of 54 schoolgirls jumping in front of a fast moving subway train. Sono might’ve possibly outdone himself here, and had a blast doing it. 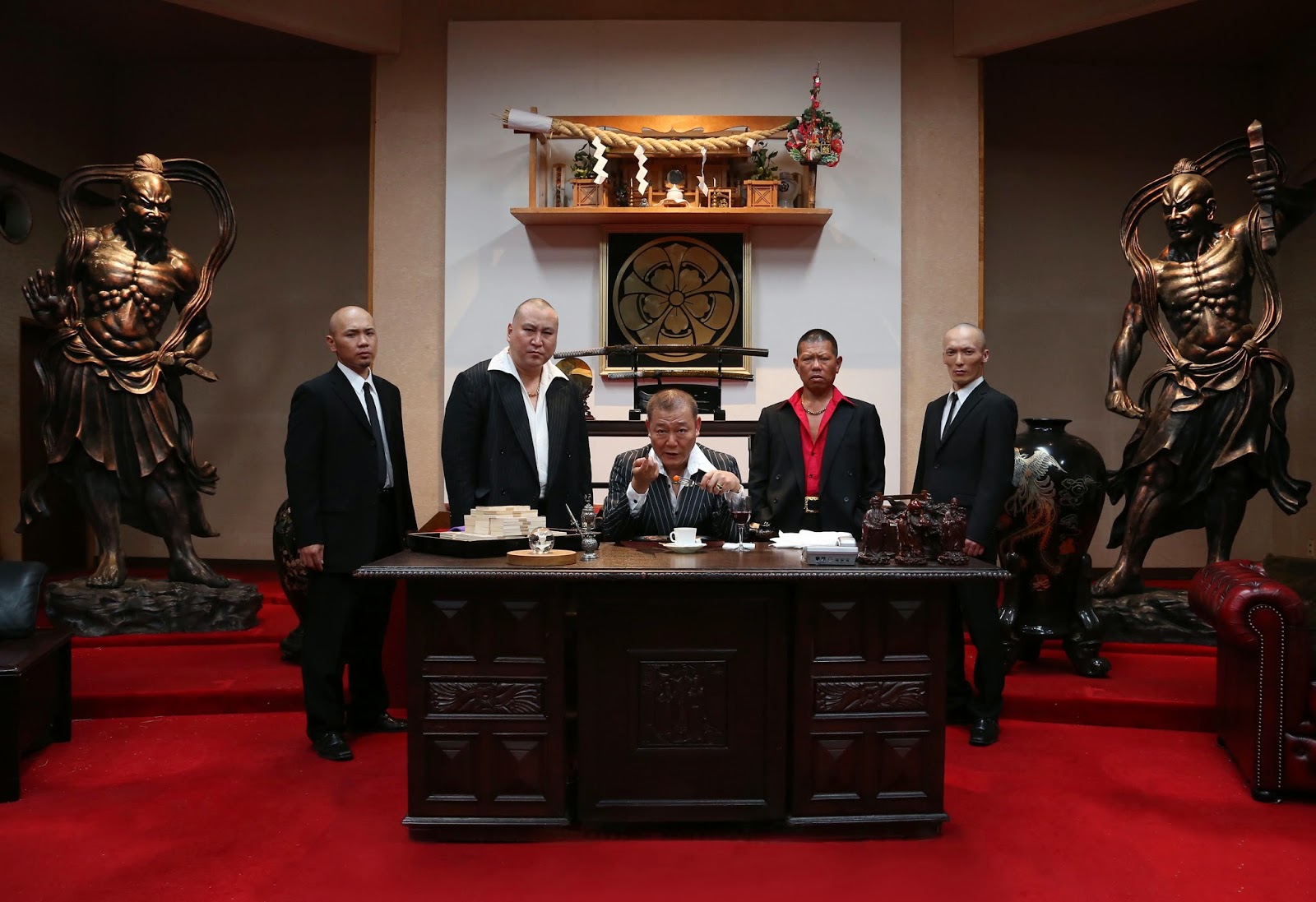 Click on the links for more information on the New York Asian Film Festival and Japan Cuts and check back here for PART 2 and more reports from Steve.