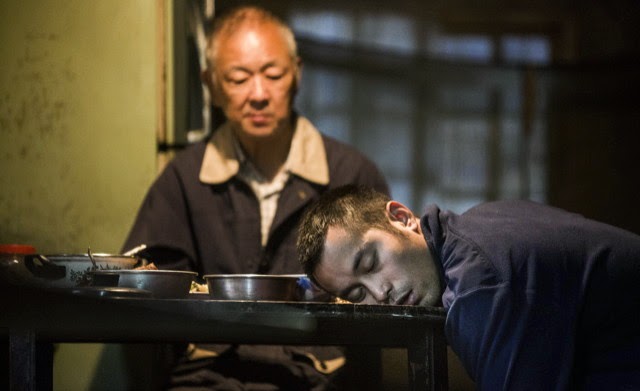 With this year's New York Asian Film Festival there are a couple of films that we've seen, and which because of time issues we can't get a full length review in time for  the festival screenings. In order to give you some word before the film screens I'm going to run a mini review to help you make up you're own mind

A chef collapses at work for an unknown reason. Taken to his uncle's home in the country he claims to be someone else and begins killing.

Uneasy mix of  supernatural, slasher and art house films . Its an odd mix of genres that manages to great a good amount of tension but perhaps not quite as much as I had hoped. For some unknown reason I had a feeling that some of this was a bit satiric. And in a weird way this sort of horror film shouldn't look this good.

I'm planning on seeing it again and really deciding but for now it's an interesting hybrid that's worth a look for the curious.

The film plays tomorrow at 915pm and at 1pm on July 9th. For Tickets and more details go here.
Posted by Steve Kopian at July 04, 2014