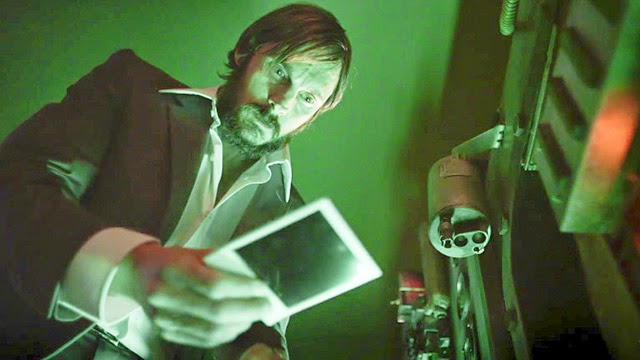 Three friends who live and work in an apartment complex discover a machine that is capable of taking pictures 24 hours in advance in the apartment of a missing resident. Deducing that they maybe on to something they begin to use the machine to make some extra money. Unfortunately this attracts the attention of some people who want to know how they can win so much. It also begins to reveal some things that some people wanted to keep concealed.

Solid B thriller works pretty much from start to finish so long as you take it on it's own terms t(Just don't over think things).  In all honesty the only thing that I found really wrong is that at 103 minutes the film is much too long. This is an old school Outer Limits episode super sized.  That doesn't mean it's bad, it simply means that by the half way point I was kind of ready for something else. Still it's nice to see a "time travel" film well done.

Both screenings both tonight and on August 2nd are sold out. For more information check the film's webpage
Posted by Steve Kopian at July 30, 2014