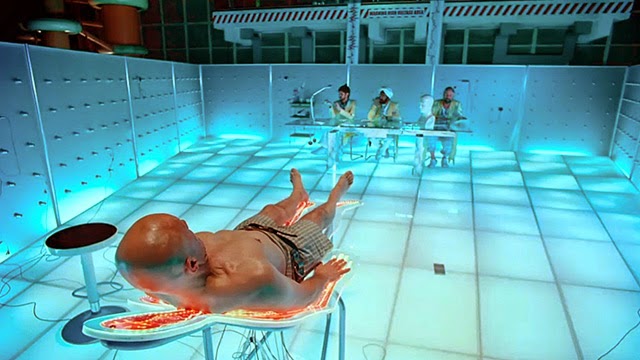 Terry Gilliam’s Zero Theorem has one more screening at Fantasia tomorrow at 1230 and if you have thoughts of seeing the film go.

I’m not going to do a full review now, I just don’t have the time to write this up as fully as is required (There is too much at Fantasia for that), but all you need to know is that this is a super film about a man trying to work out the Zero Theorem, which may or may not prove whether or not there is purpose to life. When the film is firing on all cylinders I think it’s probably Gilliam’s best film. And if there is a sputter or two the film over comes them to be a truly wonderful meditation on life.

As I said the film has one more screening tomorrow. For tickets and more information go to the film's festival web page.

The film hits theaters in September.
Posted by Steve Kopian at July 25, 2014