Living up to its reputation, the leading festival of films from Japan Japan Cuts brought a diverse offering of topics and points of view in its presentations of films from 2013 and 2014 to New York City audiences at this summer's event. This year’s slate was enriched by a number of strong independent films offering critical looks at society with no easy answers but plenty of intriguing questions. Standouts include .MM from director Momoko Andou, who adapted the story from her debut novel, GREATFUL DEAD by Eiji Uchida, and THE TALE OF IYA by TETSUICHIRO TSUTA. These films represent the promise of three assured and innovative voices arising in the Japanese film industry.

On an interesting note all three of the directors worked with a cast featuring both young and aged actors in order to wave stories that look at the relationship between different generations of Japanese. At times it speaks of reverence (TALE OF IYA), of both lack of understanding and awestruck fascination (.5MM), and in the case of GREATFUL DEAD, there is allusion to a conflict that is ruthlessly adversarial. In each case, these relations are navigated in such a way that suggests a complex situation at work.

In the realm of filmmaking, however, it can be viewed as a triumph of collaboration, with brilliant performances across generations being invoked by each director.

Below are a few communications between the talent involved in these provocative films and the audience, either in person, via video, or by letter read prior to a screening.

Prior to the screening of .5MM Japan Cuts programmer Joel Neville Anderson read a letter from Sakura Andou (LOVE EXPOSURE, PENANCE) star of the film and sister of director Momoko Andou, to the audience. I was unable to stay for the Q & A via skype with director Momoko Andou after the film.

Director Eiji Uchida prepared a video introduction before the screening of his film Greatful Dead, in which he talks about the film’s shift from serious societal critique to genre hit, and the inspiration behind religious themes in the film.

Director Tetsuichiro Tsuta appeared at New York’s Japan Society in person to introduce his film and discuss it afterwards with Joel Neville Anderson. Below are photos followed by videos of the introduction and q & a.Apologies for the video’s abrupt beginning and end, which captures only a part of the Q & A. At the outset, Tsuta answers a question about his ambitions to make even longer films (IYA ran an impressive 3 hours) using traditional filming methods. Here he speaks on directing the physicality of his leads Rina Takeda, action film favorite and martial artist, and Min Tanaka, a long established actor whose repetoire includes traditional dance. 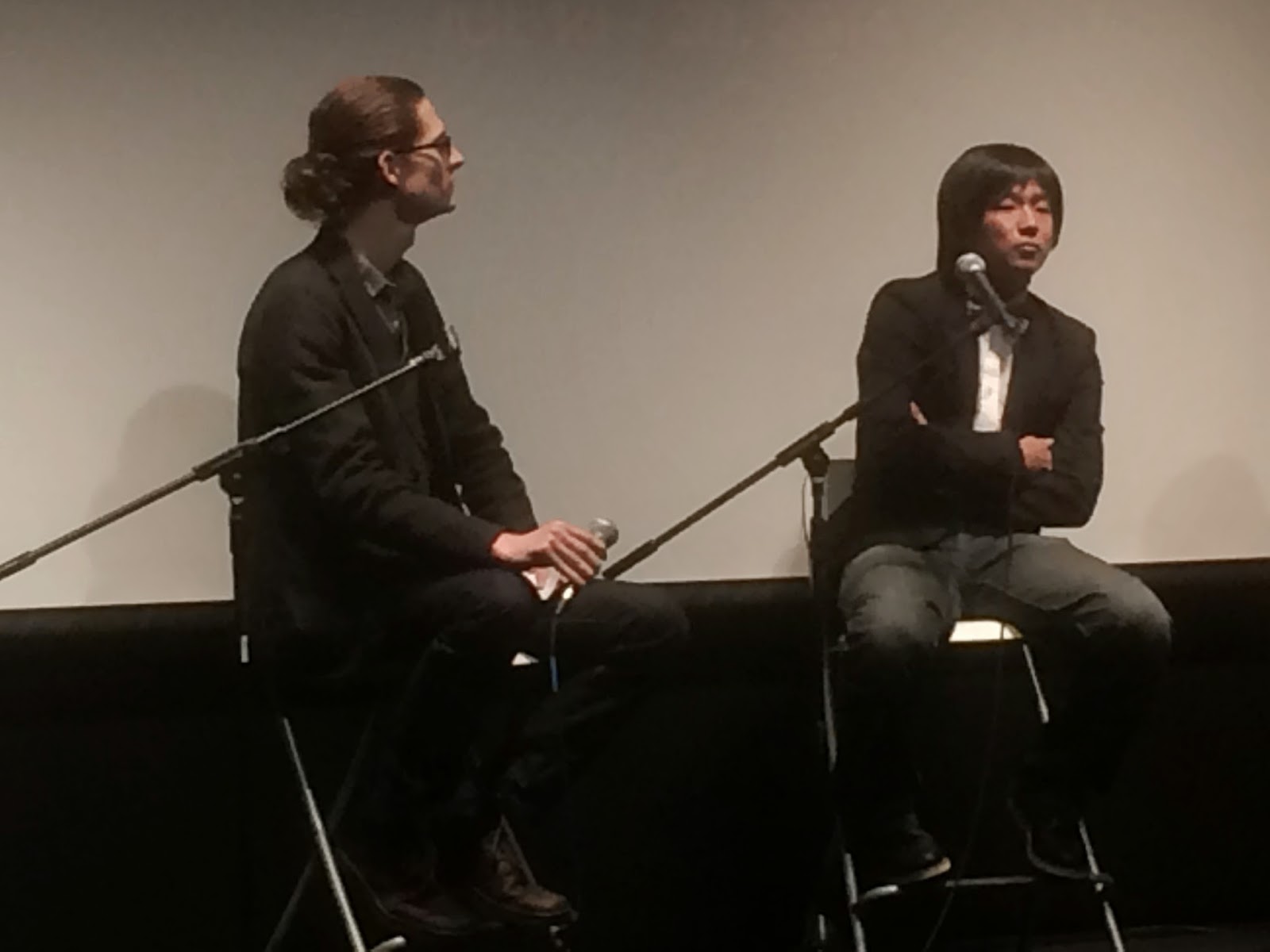 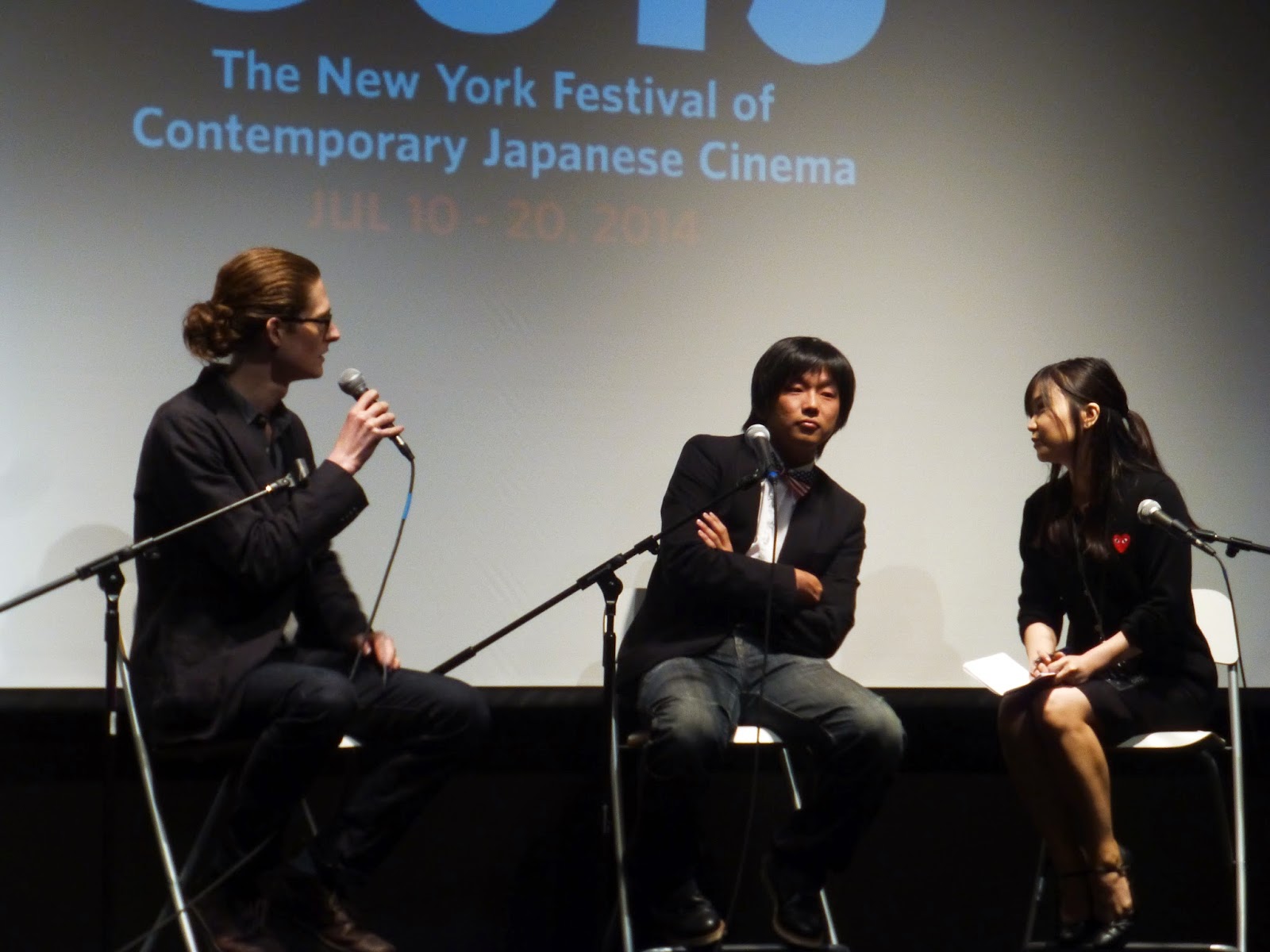 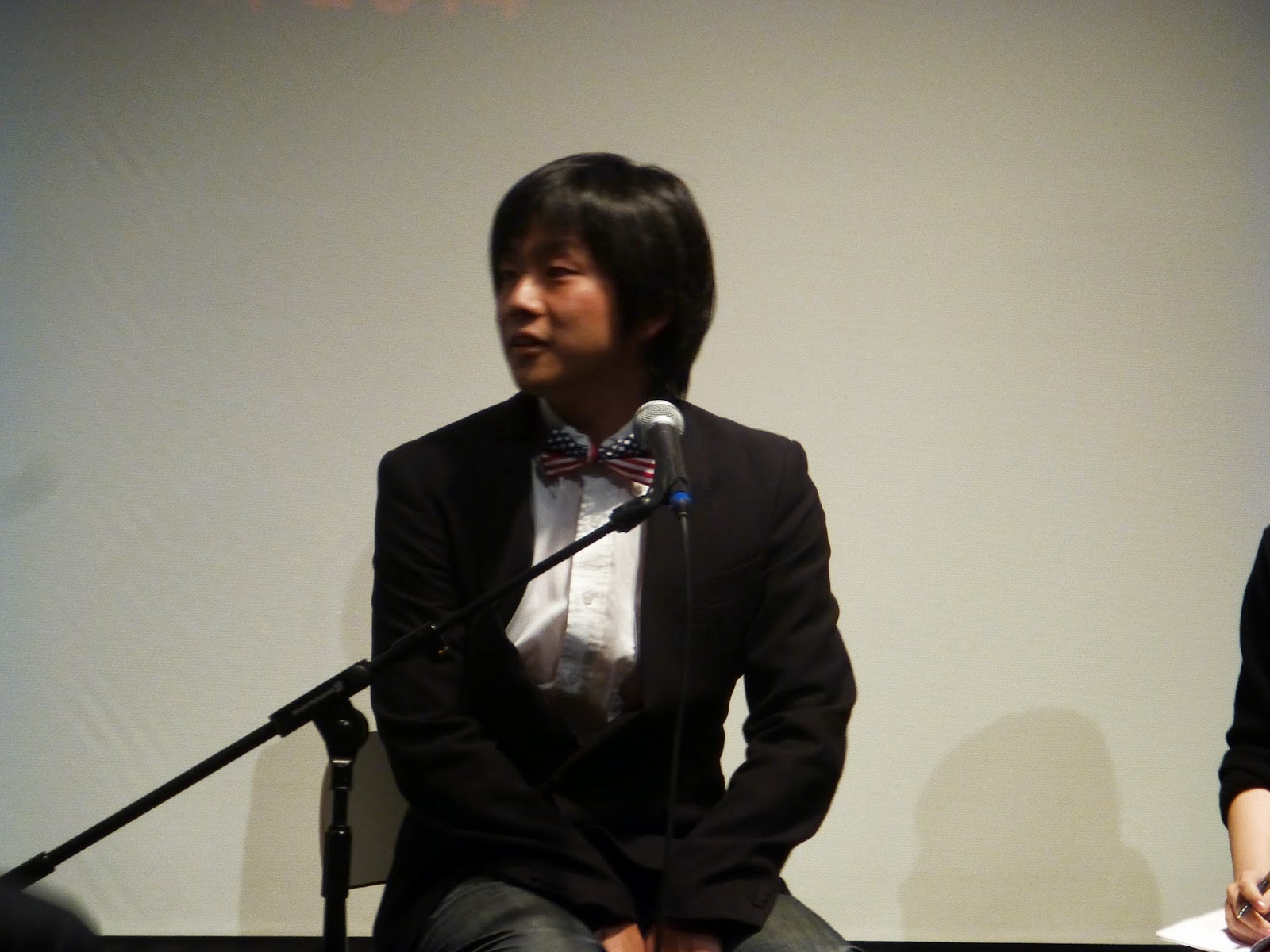