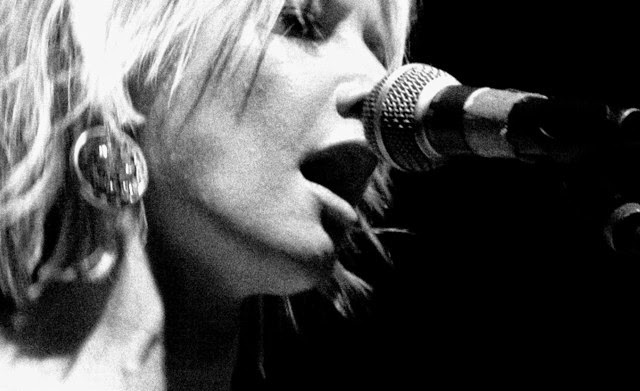 My Way is a very good film about a very good performer, Rebekah Starr , who stepped away from her life in Pennsylvania to travel to Los Angeles in the hope of making a video that will jump start her career into something more. It’s a move that further fractures her broken marriage but which is move that she feels she must make.

As good as the film is, there is a gulf between what the film is being marketed as what the film is in actuality. What I mean by this that the film is being marketed as the story of a woman who is from the wilds of Pennsylvania who chucks it all to go to LA to try and make it big. The reality is quite different since Starr had left PA several years earlier to go to New York. There she worked for a Wall Street firm while making music (to some success) around the city. She eventually returned home to rejoin the family business, and make music (she was good enough that she played as an opener for national acts). The Los Angeles trip was not a blind leap into the void

I mention this because I went into the film expecting this to be the story of a small town girl who decided to chuck it all and try and go and make it big. Seeing that she had a little bit of money (the hotel rooms they stay in are fancy) and a little bit of success before moving back to PA kind of took the edge off things. Yes, I know she had gone as far as she could in Kittanning, but the feeling this is being done as an act of absolute desperation (which several name rock stars talk about in the film), the sense of sink or swim, is nowhere to be found. You know they are good enough to succeed and you know they have famous friends, so where is the sense it’s all or nothing? It comes off as a lark … or what it really is a 90 minute promotional video.

I enjoyed myself but I was never was completely invested, the situations being presented a tad too slickly to have the heart strings tugged or leave one not feeling manipulated.

None of this should be inferred that the film is in anyway bad, it’s not. It’s simply that I wanted a chance to root for an underdog. On the other hand this was good time with a good performer and were I going to the screening this weekend I would line up to get my CDs signed (yea I broke down)

The film plays Saturday August 2nd at 9pm. For tickets and more info go to the Sound + Vision page
Posted by Steve Kopian at July 31, 2014