FLASHBACK MEMORIES 3D
Portrait of didgeridoo player Goma, who lost his memory in a car accident in 2009. The film consists of a performance of Goma and his band  while behind them we watch clips of his life and career. Lines of text fill in details and sections of Goma's and his wives post accident journals.

While the film was put together by Tetsuaki Matsue who made one of the greatest music films ever made LIVE TAPE this just doesn't work. The film comes across as a 1960's throw back to where TV shows had just gotten Chromakey and  would put video behind some psychedelic band. It doesn't help  that Goma essentially stands center stage as he and his percussion band plays. Its not bad but after 72 minutes it grows wearying. Personally you could put on one of Goma's CDs, look at a picture of his and read his biography to the same effect.

That said the screening on Friday will have Goma in attendance playing and doing a Q&A and that is worth the admission price more than the film.

For details and tickets go here. 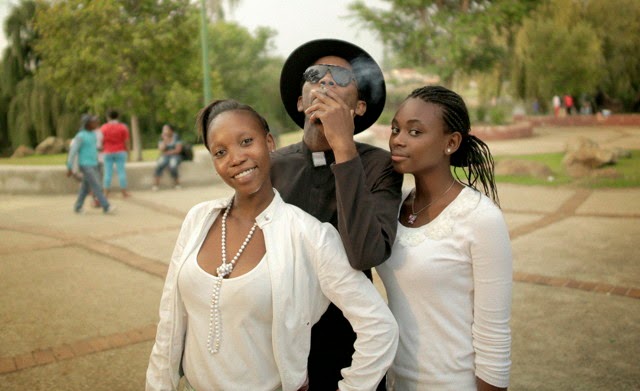 SHIELD AND SPEAR
Must see documentary about the artistic community in South Africa after the end of apartheid and how despite  a constitutional right to free expression the powers that be are taking steps to close down free speech and opposition.

Framed around what happened when artist Brett Murray painted a picture of  South African President Jacob Zumba, a man caught in a sex scandal, with his penis hanging out and spins it off to show how artists are trying to battle to keep South Africa free and not under tight-fisted control of the ANC who opposed the painting and oppose other human rights issues (the right to be gay or lesbian).

The film is a wonderfully alive portrait of various artists, musicians and activists in South Africa. who are working to keep the country free. Its a film that explores the questions of race, politics and social issues. There is a ton to say about the film, but to be honest I kind of stopped taking notes during the press screening. I just was moved along by the film.  I want to write the film up down the road when I can sit with it and really watch it a couple more times so I can really do it justice.

A wonderful film and a must see when it plays Tuesday August 5. For more information and tickets go here.
Posted by Steve Kopian at July 29, 2014