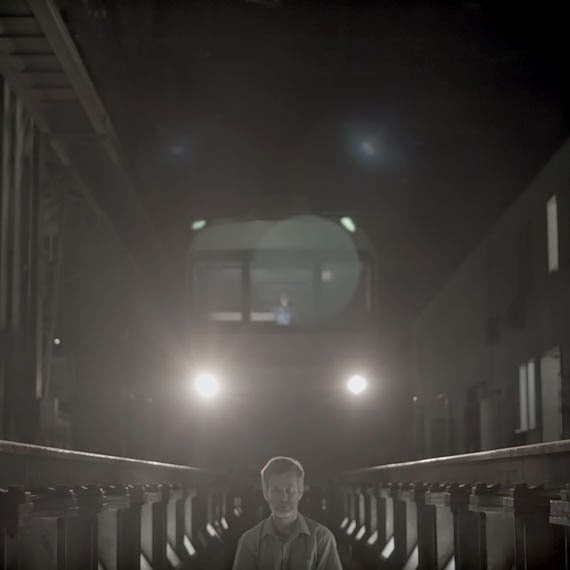 The film is the relationship between a train driver and a young woman who is a station controller. Over the course of the film we watch the growth of their friendship.

I have to be honest here and say I don't know what I think of the film. The problem is that the presentation of the film really didn't work for me. I don't know if its entirely the framing of the film to 3 to 3.5 which makes it resemble a Polaroid picture or the framing and the combination of having to watch the film on my small laptop computer which really drove home the fact that the film looks like stills set in motion.

For me the effect of the frame created an odd viewing experience almost like spying on the actors or looking through a peep hole. The crampedness causes the film to seem to bleed off the screen since the action is so confined. The picture quality looks very much like Cindy Sherman's work or some of the work done by artists in the 60's.  To be perfectly honest the effect is a visual delight in its way- but at the same time I lost the plot of the film on my only chance to see the film.

Is it a good film?

I don't know. While it's certainly interesting, I did not see this under optimal conditions so I can't really comment.

This film plays July 19 and 20th. For more details and tickets go to the Latin Beat webpage