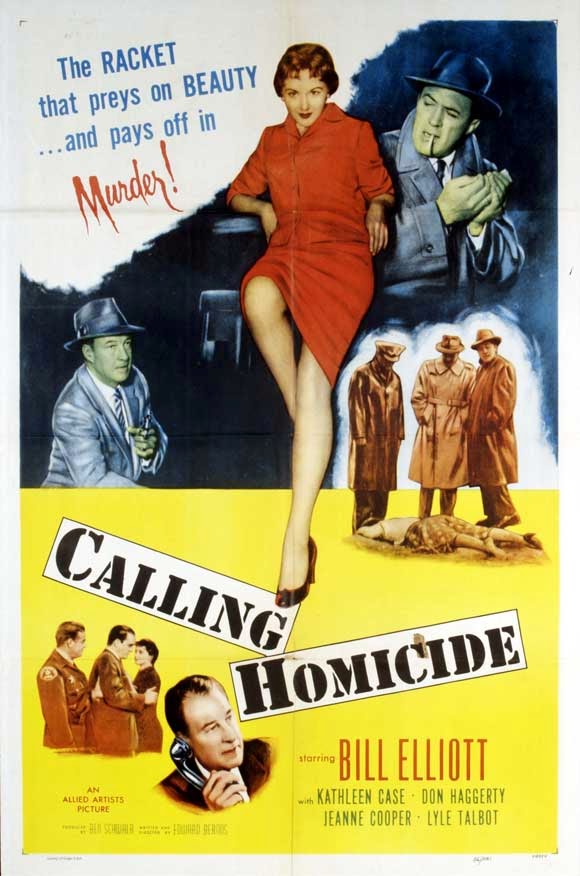 You have hundreds of suspects. Anyone who knew Francine Norman well wanted to kill her- "friend" of the dead woman

Third of the Bill Elliot mystery film has Elliot's Lt Doyle looking into the murder of a police officer blown up in his car out side the police station. His final words were that he was on to a really ugly illegal racket. Unfortunately all his notes went up in the ball of flame that killed him and the only thing out of place that could be a clue is a random phone number found in his garbage can. That turns up nothing, until the woman who had the phone number turns up dead and her face obliterated.

Very good murder mystery widens the cast of characters around the police station and adds a big dose of humor as the cops, the press and the suspects crack wise. It also moves along at a good pace with lots of nasty twists from exploding files to people getting shot in a crowded bar. And then there is the late in the game revelation of whats really going on and while its out of left field it is kind of in keeping with the wild nature of the film-this film keeps twisting until the bitter end.

This film is a great deal of fun. Between this and the other films in the Warner Archive  Bill Elliot set it's money well spent
---
An addendum there is a nice scene that echoes to Elliot's decades long career as cowboy star by having him visit an old friend on the set of a western picture.
Posted by Steve Kopian at July 23, 2014