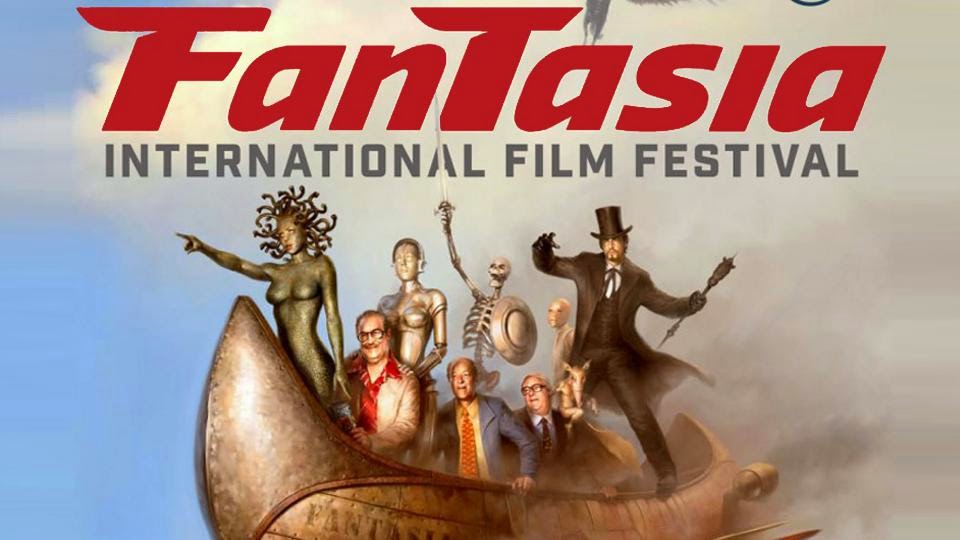 With Fantasia starting tomorrow I figured to give you a couple of quick capsules on six classic films that are playing at the festival. All six are due to get longer write-ups but for now a few quick words on each.

Ghost in The Shell
While it's based on a manga it was Mamoru Oshii's world changing anime that altered the way we think about men and machines. The film and it's cybernetic heroine searching for the Puppetmaster .revealed to many the first glimpse of being able to plug into the net and surfing around. The film's visuals influenced thousands of animators and artists who took its ideas and ran with it. A classic in every sense of the word.

Something Wicked This Way Comes
Jack Clayton's adaption of the Ray Bradbury classic novel flopped when it was first released since the film could never hope to match the wild visuals of the novel (in the book Pan Grier's character turns into a balloon to hunt the main characters). The film is a memory tale of a young boy distanced from his older father who is forced to confront the dangers of he world via an evil carnival run by a Mr Dark. 30 years on the film's nostalgic feel is what we'd expect from a film decades old with the result that for many the film has grown in stature. I've always loved it and the chance to see it big should be jumped at.

Sweet Sweetback's Badass Song
Melvin Van Peebles' earth shaking "blacksploitation" film (his was one of, if not the first film in the cycle) about a man on the run changed filmmaking in ways that are still being felt. Van Peebles, one of the most intelligent and amazing men I've ever met gave the world a real black man and not some Hollywood's idea of one. Its a film that was made by an artist who wanted to get his vision on the screen and did so, thus changing the world which tried to follow his lead. A historically important film, it is also a damn fine thriller and for that reason it must be seen.

Texas Chainsaw Massacre
Tobe Hooper's classic of horror is getting a screening in a restored version. If you've never seen it on the big screen you have to go to understand why the film changed horror as we know it. Afraid of the blood and gore? Well the joke's on you there is none, Hooper let the title and his skill fool you into thinking this was a blood bath.

Darktown Strutters
People either love or hate Darktown Strutters. It’s a wild over the top blacksploitation film about a motorcycle driving girl gang. It’s the sort of wild and crazy hybrid that Hollywood would occasionally throw out with a semi straight face. It confused the hell out of some people and annoyed the crap out of others. Personally if I was given a chance to see it on a big screen I’d do so. (And forgive the brevity of the write up, but there is no way one can really be brief on this film so expect a long review down the road.

Prom Night
Prom Night is okay. The plot is the typical crazed killer comes back to get revenge on everyone and everything who wronged him. It was old hat even when it was made

Its notable as one of the few horror films that Jamie Lee Curtis did in the wake of Halloween shooting her into being a big name. It also has Leslie Nielsen in one of his last roles as a serious actor before Airplane destroyed his ability to be taken seriously. One cannot watch the film now with a straight face because of Airplane. Actually it’s hard to watch with a straight face now because the structure is so cliché that it generates limited tension.

Is it bad? No, but it isn’t anything special.

For information on these and other films go here.
Posted by Steve Kopian at July 16, 2014