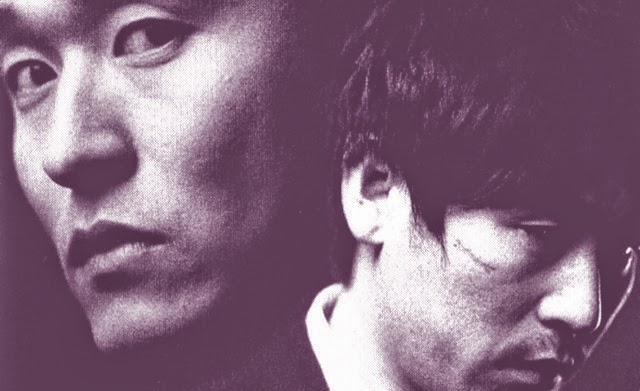 I was watching Public Enemy and for most of the first hour I wasn’t sure if I hadn’t seen it before or not. The film looked awfully familiar. Then I got to a point where our hero was wandering around in uniform and I knew I hadn’t seen this before.

The plot of the film has a loose cannon cop, in deep trouble with Internal Affairs getting involved with the hunt for a killer. The killer is as anti-social and sociopathic as they come, going so far as to kill his own parents for their property. Of course the cop instantly knows he’s bad news and a cat and mouse game ends up being played out.

Yes, that does sound like any number of other films, and to be honest it is. I don’t know if this film plays like dejavue because it copied the formula or because it created it. It’s too hard to know 12 years on, though the fact that this was a big hit in Korea and spawned a sequel may say something. If you see this know that you’ve seen it all before.

As cop vs killer films go this isn’t bad. The set piece are pretty good, the humor is wicked (I love the killer trying to make himself cry and no being able to do so) and the characters suitably likable or hateful. And when I say set pieces there aren’t the huge action set pieces that we’ve come to expect from films like this, rather they are nicely real sequences that keep things interesting.

The problem with the film is, as I said, that it comes off as been there and done that. Watching the film 12 years on you know how it’s all going to go and the edge comes off. We aren’t really worried about anyone so we just go along with it like it’s a friend. I suspect that were this film not almost two hours and twenty minutes it would have been better since as it is now some bits tend to go on.

The film plays tomorrow at the New York Asian Film Festival. For tickets and more information go to the website.
Posted by Steve Kopian at July 07, 2014