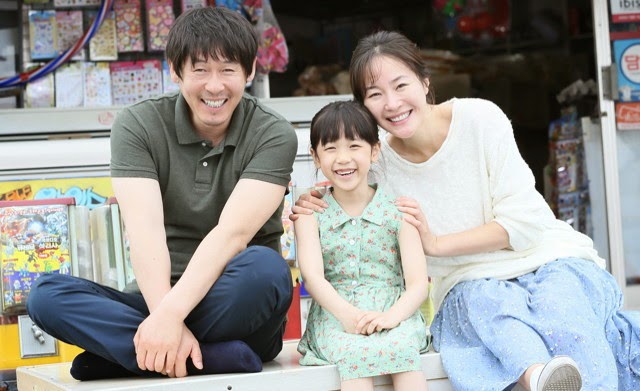 Every year the New York Asian Film Festival shows one film that is super heavy that it's kind of like having a brick house dropped on you heart before its torn from your chest and thrown into a wood chipper. Hope is like that that. However unlike some of the other excursions into darkness  Hope isn't all black.

Based on an actual case where an 8 year old girl was raped, Hope tells the story of a young girl, named Hope, who has to put her life together after being attacked. We watch as she and her family deal with a horrible horrible thing.

A rollercoaster of emotion Hope is a film you'll need tissues for. Yes, the darkness will make you cry, but so will the resilience of the human spirit. As dark as the first part of the film is the second part of the film is filled with...well...hope. I'm not a shame I got misty,especially at the lengths her father takes to make his daughter feel safe.

Actually what makes this film bearable is that it's not really about the terrible act but about how friends and family can help to healthe damage. To be absolutely certain not all cases like this will have a similar outcome, but at the same time it's nice to know it's possible.

That the film works as well as it does is thanks to a stellar cast. Everyone hits it perfectly especially Lee Re as Hope. If I had a kid I'd like to think she would be a strong as this little girl. If this gets a regular theatrical in the US I think Lee Re will get an Oscar nomination.

If you want to be moved you'll want to see this film.- but remember this is a film with lots of darkness.

For details on the screening at the New York Asian FIlm Festival go here.
Posted by Steve Kopian at July 07, 2014