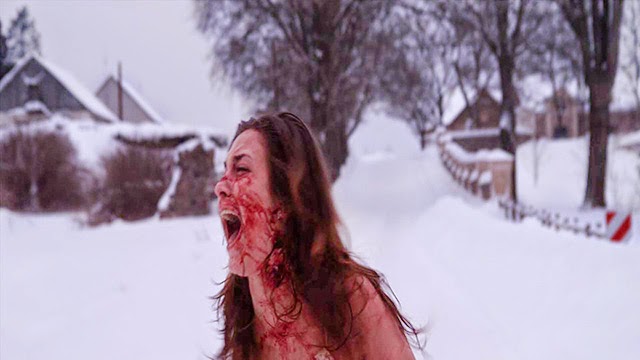 This is exactly the sort of film I should hate.

The cold calculating story of a laid off worker who kills his boss and wife and then moves into their house kind of borders on being a slasher film, which I hate. Additionally there are some stylistic touches (say not seeing the young man's face for the first third of the film) that should work against it, but somehow it works and works really well

One has to credit director Aik Karapetian who manages to tease out the suspense for it's brief running time. Nothing seems wasted, every moment is perfect and is milked for maximum effect. If the pacing is a tad leisurely its only to make the explosions of violence more chilling.

Also a plus is the limited dialog. A largely wordless film, there are times when there is dialog, but most of it isn't really required. Its what happens in the silences and between the screams that is important.

This is a dark bloody film that borders on being an art film, however its a film that any lover of suspense tinged with horror will want to check out.

Man in the Orange Jacket Plays later today. For more information and tickets check the web page.
Posted by Steve Kopian at July 27, 2014