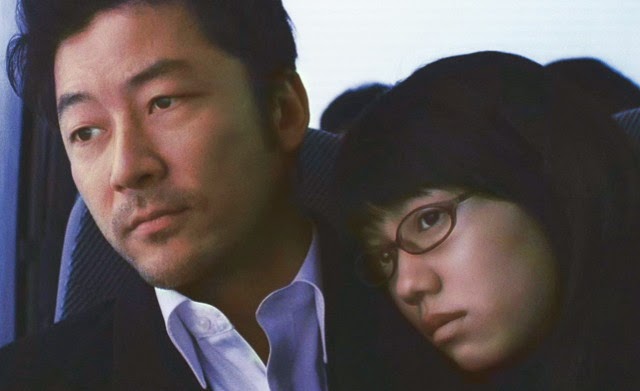 With this year's New York Asian Film Festival there are a couple of films that we've seen, and which because of time issues we can't get a full length review up in time  before the festival screenings. In order to give you some word before the film screens I'm going to run a mini reviews to help you make up you're own mind .

Ten years after a young girl left orphaned by tragedy she develops a potentially unhealthy relationship with the man who adopted her.

Yes it's exactly what you think it is and exactly the sort of film they don't really do here in the US.This is a sweaty, smutty, hot and bothered film. Its pure potboiler. Basically its the sort of thing that you'll need a shower after you see it.

Its a good, if sleazy film,  however running time of 128 minutes is a bit long.

The film plays tomorrow at 6

For tickets and more information go to the Film Linc website.
Posted by Steve Kopian at July 07, 2014