IF YOU MEET KLAUS KINSKI, PRAY FOR YOUR DEATH July 31 to August 10 at Anthology Film Archives

I'm a huge fan of Kinski, despite recent revelations about his personal life. He was a mad man who, as an actor, left an indelible mark on cinema. And when I say he was mad I mean it, supposedly the reason he was in so many movies was that he could only take small roles because producers could only take him for so long.

The series at Anthology is a winner that largely has some of Kinski's best films outside of Werner Herzog and the long running Edgar Wallace series in Germany.

We've already reviewed three of the films:
Jesus Christ Saviour (If you see one film in the series see this one)
If You Meet Sartana Pray For Your Death
Bullet For The General

And a bunch that we may or may not get to reviewing:
Paganini is Kinski's directorial debut. Its an insane look at the great violinist. I know many people love the film but I'm conflicted since it has moments but its self indulgent. That said if you're a fan and you've never seen it do so.

Crawlspace- mad slasher in the title location film is a good little thriller. One of the screenings will have I believe the director in attendance.

My Best Friend- Werner Herzog's look at Kinski and his relationship with him. If you've never seen it its a must see

Creature with a Blue Hand- One of the Edgar Wallace series about a killer with a blue hand. Its not the best in the series but it does star Kinski. Worth a shot..

Venom-A combination of a kid picking up the wrong snake for his collection story collides with a kidnapping gone awry and you have a tense thriller that scared the crap out of me when I saw it in the movies. Trust me when I say a good chunk of the audience were sitting on their legs afraid that there was a snake in the theater. A great thriller.

Buddy Buddy-Billy Wilder remake of a French comedy about a hit man bothered by a suicidal man in the next hotel room. Instead of Jacques Brel we get Walter Matheau and Jack Lemon. Its a mess. I know of a few people who kind of like it but it was one of the WTF films that Wilder ended his career with. Kinski plays the head of a weird sex clinic... 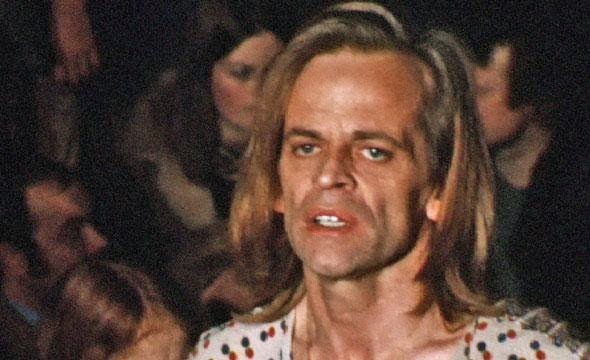