JAPAN CUTS 2014: The Vagina Dialogues of THE PASSION 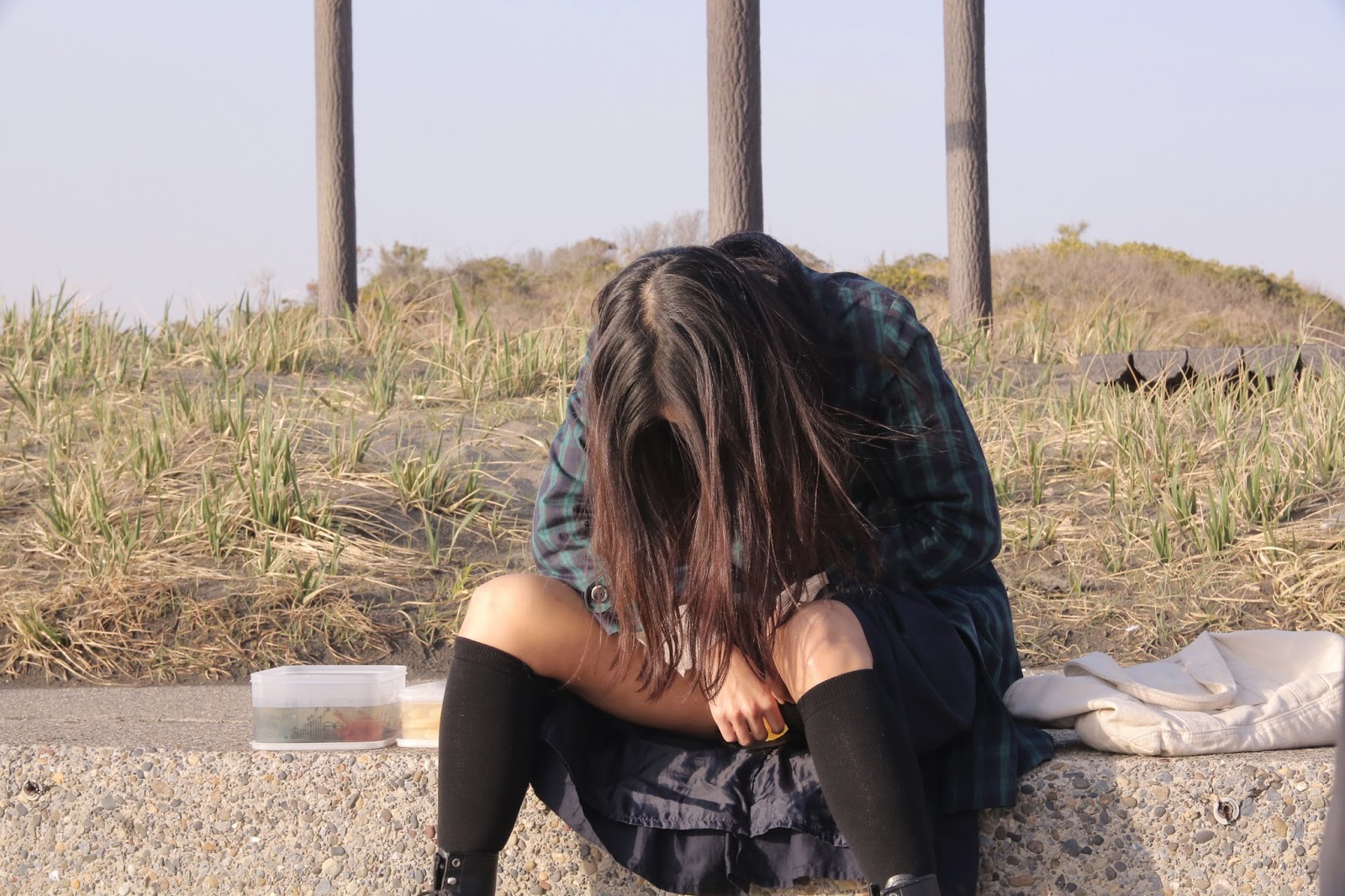 A film with a premise that reads like something straight off the Pink Eiga or Roman Porn racks, THE PASSION features a young woman committed to the chaste path of a nun who regularly communes with a constantly berating otherworldly presence that has taken up residence in her vagina, and has a tendency for continual self castigation, at one point even flogging herself. Yet this satirical comedy actually plays like a lighthearted and mostly innocent comedy, the premise having much to say about the trials of being a woman in Japan who does not fit the typical mold. With no name given to protagonist Francesco (Frances-KO)’s covenant and little talk of religion, it’s safe to say the notion of being a nun is a sly way of tackling issues of women’s self image, in society in general, but particularly Japanese, where desires to be typically feminine run contrary to perceived pressures to be self sacrificing and virginal. Interestingly, you can switch the words ‘desires’ and ‘pressures’ in the previous sentence and it would still hold true in relation to Frances-KO’s inability and unwillingness to make herself attractive to the men around her.

It is a fresh and amusing concept, based on a novel shortlisted for the award for Japanese literary award the Naoki Prize, though I found the constant dialogue between Frances-KO and her unexpected passenger to be a wearying after a while. At some point, the lark takes on a positively fairy tale-esque turn, and like most fairy tales, it is populated by a fair share of insipidly 1 dimensional characters that can wear on the nerves.

Credit to Mayuko Iwase for her commitment to the role of Frances-Ko as unflappably self sacrificing heroine, and for credibly wearing a slow and subtly moving transformation from homely to radiant.

Espousing a point of view rarely found in Japanese culture that is pro female sexuality, THE PASSION is a lively, though at times a tad tedious, bit of cinematic mischief.

THE PASSION plays at the 2014 JAPAN CUTS festival of contemporary Japanese cinema at 6:30, Friday, July 18 at the Japan Society. Click here for more information or to buy tickets.